Firefighters have a tough job, stopping fires from endangering people’s lives and property, as well as the environment, but also saving cats from trees! It isn’t every day you meet a deaf firefighter, which brings us to this month’s #NADhandwave! Matt Gilmore, who lives and works in New Jersey, is one of several volunteer deaf firefighters in the U.S. 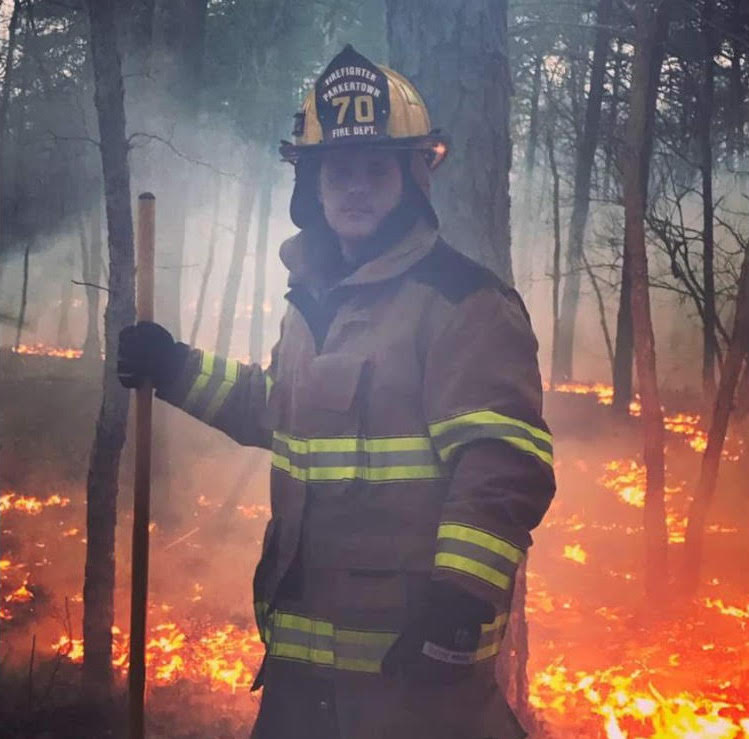 Matt is a very motivated yet easy going person. He was first inspired to be a firefighter when he wore a firefighter costume for Halloween as a young kid. Since wearing that costume, he had his heart set on becoming one in real life.

Matt passed all requirements at the fire academy and plans to pass the New Jersey state examination so he can become an official firefighter. To make ends meet, he works at a warehouse but spends his free time volunteering in fighting fires. Situations are often very noisy for hearing fire fighters anyway, and Matt is showing his colleagues that he can fire fires as well as them.

Earlier this year, Matt went to the new World Trade Center (WTC) and climbed 72 stories wearing full gear to honor the firefighters who died in the 9/11 attacks. Matt climbed the 72 stories in 29 minutes! Matt, keep pursuing your dream of becoming an official firefighter!