The National Association of the Deaf (NAD) delights in announcing the two new Appointed Board Members to complete its Board of Directors for 2018-2020: Alicia Lane-Outlaw and Benro Ogunyipe. 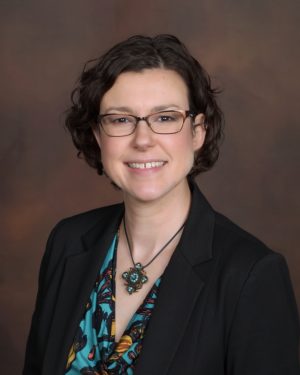 A Deaf business owner, Alicia Lane-Outlaw is president of AllOut Marketing, which provides services such as marketing strategy, web/print design, and online marketing. Her more than two decades of experience include large corporations, nonprofits, universities, K-12 schools, small businesses, and government agencies. A longtime community activist, Alicia has received numerous awards for her leadership. She successfully advocated for website accessibility laws in Minnesota, expanded the state’s longest-running Deaf community news and events website, and spearheaded marketing efforts to launch a Deaf charter school. In addition to serving on a film festival board and a community health board, she was elected president of the Minnesota Association of Deaf Citizens, where she increased the association’s visibility and community engagement. Other activism includes evaluating applicants for the nation’s only Deaf artist residency program and serving as a judge for NTID’s Next Big Idea competition. Alicia graduated cum laude from Lenoir-Rhyne University with a bachelor’s degree in biology and a visual arts minor. She resides in St. Paul, Minnesota, with her wife and daughter. This is her third term as an appointed board member. 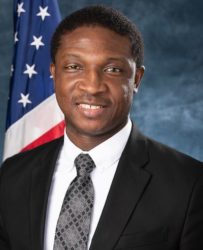 Benro T. Ogunyipe, MPA, is a Senior Accessibility Specialist for the State of Illinois, Department of Human Services (IDHS), Bureau of Accessibility and Job Accommodation in Chicago, Illinois. In this capacity since 2004, he directs and administers the bureau’s program and training activities to ensure department compliance with Titles I & II of the Americans with Disabilities Act (ADA), Section 504 of the Rehabilitation Act and the department’s legal obligations under the Illinois Human Rights Act. He also serves as a reasonable accommodation specialist, disability discrimination complaint investigator, bureau legislative liaison and communication and telecommunication access trainer. Benro has over 15 years of professional experience in public service administration, non-profit leadership management and multiple advocacy and policy board positions driven to promote full inclusion and accessibility for people with disabilities as well as personal and professional advocacy for deaf and hard of hearing people in all settings of the society. In 2014, and again in 2016, U.S. President Barack Obama appointed Benro to the National Council on Disability. Benro was also appointed by three different Illinois Governors to public bodies — twice as a Commissioner of the Illinois Deaf and Hard of Hearing Commission and as a Member of the Illinois Task Force on Employment and Economic Opportunity for Persons with Disabilities. He served as President of the National Black Deaf Advocates, Inc. from 2011 to 2013, and served as Vice President and Chairman of the Board from 2007 to 2011. Benro received a Bachelor of Arts degree from Gallaudet University and a Master of Public Administration (M.P.A.) from the School of Public Service at DePaul University.

Delegates at the 2018 NAD Conference in Hartford, Connecticut elected the following officers for the 2018-2020 term: Melissa Draganac-Hawk as President, Richard McCowin as Vice President, Jenny Buechner as Secretary, and Michelle Cline as Treasurer.

For more information, you can explore the Board page of the NAD website.

“The NAD operates most effectively with dedicated and committed volunteer Board Members that work tirelessly to uphold the mission and vision of the NAD on behalf of the deaf and hard of hearing community,” said President Melissa Draganac-Hawk. “I want to express gratitude to Joshua Beckman, Philippe Montalette, Jerry Nelson, Lisa Furr, and Meena Mann for their selfless contributions to the NAD — your work makes it possible to continue our efforts towards a better future for all.”