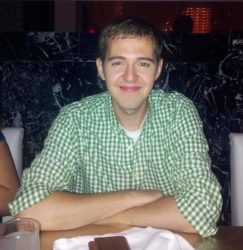 Many of us enjoy going to the movie theaters, to watch great movies, eat buttery popcorn, drink sodapop, and bask in the air conditioning on a hot summer day. Yet for too long, movie theaters have not been very inviting to deaf and hard of hearing fans. The deaf and hard of hearing community have enjoyed open captioned (OC) movies for the last few decades but such showings in theaters are so few and limited. 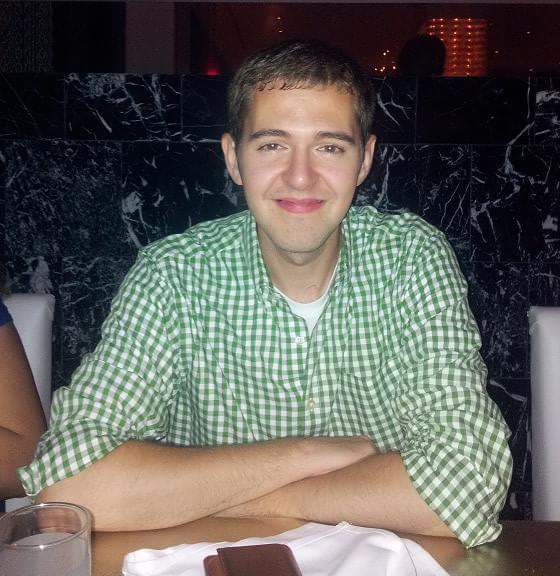 Beginning in 1997, theaters began using closed captioned technology that require deaf and hard of hearing patrons to use rear window captioning reflective devices, and later on to wear glasses that show captioning or to borrow a LED display device to insert into their cup holder to where they are sitting. Many of us yearned for being able to enjoy a movie without having to wear or use closed captioning devices.

This month’s #NADhandwave recipient, Erik Nordlof, is one of those who has strived to bring back such freedom with open captioned showings of movies! He is behind the growth of OC showings of movies in the DC metro area.

Erik grew up in Saint Louis, Missouri and attended Indiana University. Currently, he works in Washington, D.C. One day, he went to see a movie, “Sicario,” and used a CaptiView device. The dialogue text constantly dropped, which ruined the movie experience for him. That was the last straw for Erik.  Erik decided to start asking around about OC movies and quickly learned that he could do something about it.

Erik first started with Regal Gallery Cinema in Chinatown, DC, and initiated a conversation with the manager. He gave a strong position for OC movies to the manager. To further reinforce his cause, Erik created a Facebook page, “DC Deaf Moviegoers,” and conducted polls to get an idea of how many people would be interested in attending and enjoying an OC movie. He presented the data to the manager and over time, the manager warmed up to the idea of showing OC movies regularly.

As a result of Erik’s dedicated efforts, OC movies not only are regularly shown at the Chinatown Regal Gallery Cinema but have spread throughout the area! Erik continues to build a relationship with managers at theaters throughout the surrounding areas and even as far as Baltimore, Maryland and Gainesville, Virginia. The Facebook group page has grown to more than 1500 members, and a few members now volunteer to help Erik with the high demand for OC movies.

Erik, the NAD thanks you for all that you do for our community.