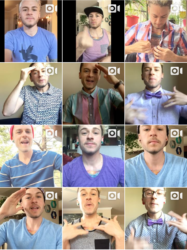 June is a month when many people celebrate LGBT Pride. In the United States, June was chosen as LGBT Pride Month in memory of the Stonewall riots in June of 1969. For this month, we received a nomination to recognize Blake Culley who is well known for their public video journal on Instagram, “vlogsbyblake.” In recognition of Blake’s vlogs, the NAD is delighted to award them a #NADhandwave this month. 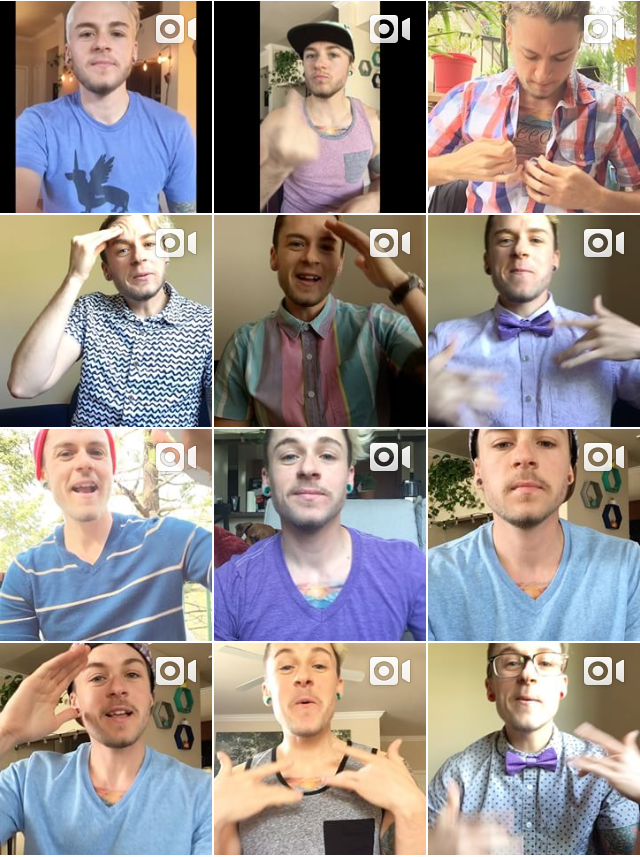 Blake identifies as a non-binary trans masculine individual with the preferred pronouns of they/them/theirs. Blake decided to start vlogsbyblake to chronicle their experience, frustrations, challenges, tips, and funny moments because there were hardly any resources available by other deaf trans individuals. Being a trans individual is already an isolating experience, let alone within the deaf and hard of hearing community. So, Blake decided to do vlogs to help other deaf and hard of hearing trans individuals. Interestingly enough, Blake found this project to be therapeutic in recording their stories. Blake’s vlogs have reached many members of the LGBTQIA community, and many others who have shown solidarity. These public videos allow the deaf and hard of hearing community to learn what their experience is like in American Sign Language.

Blake’s identity evolved over the years and continues to evolve. At first, Blake identified as a Lesbian then after years of self-exploration, unpacking, and understanding different layers, Blake started to be open to the idea of identifying as a trans in November 2015. With the increased access to social media resources, support of their girlfriend, and counseling services — Blake was able to do further self-exploration and slowly accept their non-binary trans identity. Blake started testosterone in late May 2016 and shared their process with close friends during the following months that summer. Eventually, Blake came out as a trans masculine individual publicly in November 2016, right before their top surgery procedure which happened in November. In February 2017, Blake legally changed their name to Blake Culley, marking a whole new chapter in their journey. Blake’s latest physical transformation has been their beard which they are very excited about!

Blake was born and raised in Oxnard, California to a hearing family that does not know sign language. Blake grew up attending a mainstreamed school until high school. Blake played on an academic bowl team and played against the California School for the Deaf Riverside (CSDR). After their experience at the Academic Bowl, Blake wanted to transfer to CSDR.  After convincing their parents, Blake attended CSDR during the last two years of high school, where they began to discover their deaf identity. After high school, Blake worked at the Walden School in its residential life program for two years during their undergraduate years. Thanks to that experience, Blake realized their interest in psychology and decided to pursue their Bachelor’s degree in Psychology at Gallaudet University at 2006. Following that, Blake enrolled in the School Psychology program at Gallaudet University and graduated with a Master’s degree in May 2015 and again with a specialist degree in deaf children psychology in May 2017.

Blake enjoys downtime with their girlfriend and two dachshund pups, cooking breakfast, being lazy on the sofa, gardening, fantasizing about their future home and backyard, and lifting weights. Oh, and Blake is a hardcore Zelda fan! Nintendo anyone?