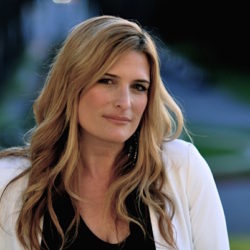 For the month of November, the National Association of the Deaf (NAD) is excited to recognize Lauren Maucere as our recipient! She is most recently known for her powerful keynote speech at the Bill and Melinda Gates Educational Summit in Seattle, Washington articulating why she became a teacher while emphasizing the importance of deaf and hard of hearing role models for deaf and hard of hearing children.

Lauren is, indeed, a person of many talents! Actually, her journey with inspiring other deaf and hard of hearing people began long ago. Lauren is a Jules Spizziri Scholarship winner for her excellence in leadership and community involvement. Previously, she directed the health department of the Greater Los Angeles Agency on Deafness (GLAD), overseeing programs in Teen Pregnancy Prevention, and HIV/AIDS Awareness – during her leadership, she received the California AIDS Clearinghouse’s “UnSung Heroes” award. On top of that, Lauren was also a member of the task force for the National Center on Deafness at CSUN, developing and implementing its mission statement and center guidelines, as well as serving on the steering committee for the award-winning documentary, Through Your Child’s Eyes: American Sign Language.  Lauren received her Masters in Special Education from California State University, Northridge (CSUN). Currently, she is a teacher at Marlton School in Los Angeles, California.

In addition to the above successes, she was inspired by her own KODA kids and co-founded (and is currently is a co-director) for KODAWest (hearing Kids of Deaf Adults). KODAWest is the first non-profit organization in the United States to provide year-round, full-service programming to KODA families. For her work, Lauren was formally recognized by the City of Los Angeles in 2009 and the National Center on Deafness in 2012.  With all that she does, Lauren still finds the time to be an amazing mother to her two beautiful KODAs, Daniela and Gianni, and be a devoted wife to her husband, John.

Lauren is truly an inspiration to others because she is the epitome of someone who is passionate about life, and it is evident in everything she does for the community. The NAD thanks you, Lauren, for all that you do!

The National Association of the Deaf (NAD) gives monthly #NADhandwaves to people in our community. This is great opportunity for the NAD to recognize exemplary people for the work they do. With such great people, the world continues to progress. If you know someone who deserves a #NADHandwave, submit your suggestion online!