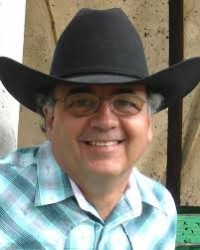 Congratulations Dr. Al Mehl for receiving September 2014’s #NADHandwave! Al has been very involved in newborn hearing screening since 1992 and took an integral part in passing Colorado’s newborn hearing legislation in 1997. The reason he’s being recognized this month is because of his recent opinion piece in the American Academy of Pediatrics (AAP)’s newsletter on how to talk about being deaf, and what makes one “disabled” (or not!).

Among other things, Al says “…I have learned to think of deafness as a quality that defines, in part, a very human attribute, a human-ness, a spirit born of a shared signed language, a spirit born of hands connected to heart, a shared way of being in the world, a visceral connection to a community of family and friends.” He also describes an experience at Gallaudet University as the only hearing person in a room full of deaf students and how that was part of his “journey of appreciation.”

In addition, the newsletter highlights the deaf Marvel character Hawkeye and the Best Practices in Family-Centered Early Intervention International Consensus Statement. This is information that pediatricians and other medical professionals need to know. Al also was a contributor to the Supplement to the JCIH 2007 Position Statement: Principles and Guidelines for Early Intervention After Confirmation That a Child Is Deaf or Hard of Hearing and helped to ensure a balanced viewpoint in that document.

One line says it best from the nomination letter for the 2010 winners of the Antonia Brancia Maxon Award for EHDI Excellence, “Without Al Mehl I am convinced newborn hearing screening would not have happened in Colorado for another decade.”

According to Dr. Beth Benedict, “Dr. Mehl is one of a kind. Although he is a pediatrician, he does much more. He embraces and respects people of all kinds. He allows deaf people to be deaf. He gets it.”

Thanks, Al, for advocating a broad perspective of what it means to be deaf!

The National Association of the Deaf (NAD) gives monthly #NADHandwaves to people in our community. This is great opportunity for the NAD to recognize exemplary people who do the work they do. With such great people, the world continues to move. If you know someone who deserves a #NADHandwave, submit your suggestion online!